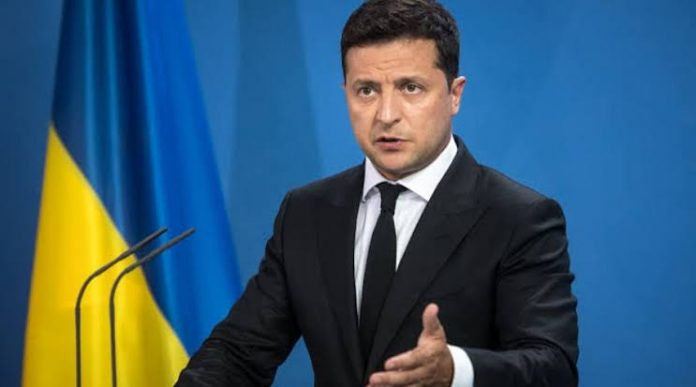 I deplore and condemn the barbaric killings and vicious barbarism that has been unleashed against a mainly defenceless and helpless civilian population in the Ukraine.

He also has to allow the Russian-speaking people of  Donesk and Eastern Ukraine to exercise their right of self-determination and either form their own independent country or become part of Russia.

Finally he has to renounce the Ukraine’s claim to the Crimea and accept the fact that this strategically-placed seaport and region is now, and will always be, part and parcel of Russia.

Instead of offering these guarantees and taking these steps he is giving fine speeches to western Parliaments whilst his people are being slaughtered and butchered in their churches, offices, homes and houses and whilst his villages, towns and cities are being bombed, burnt, bombarded and utterly destroyed.

I am constrained to ask, what type of man is this? Is he delusional or does he just pretend to be?

I cannot possibly describe him as a hero.

I say this because a hero HELPS his people, does what is in their BEST interest and does all that is REASONABLE and NECESSARY to guarantee their comfort, well-being, safety and security.

A hero does NOT goad and provoke the Russian bear or spit in its face in a reckless and dangerous display of open defiance and contempt.

A hero does that which is WISE and politically EXPEDIENT in order to secure and protect his people and to defend his nation’s borders.

A hero does NOT allow neo-colonial foreigners and greedy imperialists, disciples and architects of the New World Order, bellicose and expansionist Western military alliances and perfidious and cowardly Western Governments to fool, cajole and push his people into fighting a war that they cannot possibly win or to indulge in an unnecessary conflict with a neighbour that has a massive and all powerful conventional army and more nuclear weapons than any other nation in the world.

A hero does not sacrifice his people on the alter of ego or as an offering to the Western powers.

I blame Zelensky and his Western allies and friends for this unfolding tragedy, for every drop of Ukrainian blood that is being spilt and for the untold hardship and suffering that the great people of the Ukraine are being subjected to.

The only heroes here are the Ukrainian people themselves who have been saddled with an irresponsible, weak, egotistical, blind, reckless, stubborn and vainglorious President that cannot differentiate between being an actor/comedian on the stage and being the President of a  great and noble nation of 40 million people who are depending on him to keep them safe and who look up to him to fight for their collective interest.

Despite all the western propaganda, in this respect Zelensky has failed woefully and miserably because at the end of the day the Ukraine will be brought to her knees and utterly crushed, shattered and broken.
All this could have been avoided if her President had displayed a little humility and restraint from the outset and if he had he not opted to dance to the tune of Joe Biden, Boris Johnson, Emmanuel Macron and all his other western friends who later deserted him.

See also  (OPINION) Why do businesses fail? -By Bolutife Oluwadele

Never trust a man or woman that urges you to go into a war or to keep fighting a war that you cannot possibly win.

Trust only those that seek the path of peace and that urge you to make the reasonable compromises and necessary concessions.

Can someone kindly whisper this wise counsel into the tiny ears of Volodymyr Zelensky who appears to have fallen in love with the applause and praises of the West and who refuses to do that which needs to be done to save his people from untold hardship and suffering.

(The author of this piece is Chief Femi Fani-Kayode. He is a former Minister of Aviation and the Sadaukin Shinkafi)

The Illusion of a Southern Presidency -By Chief Femi Fani-Kayode

Zamfara APC Congresses: We have not received petitions from aggreived members...

Doses of drama in our current politics – By Tony Afejuku