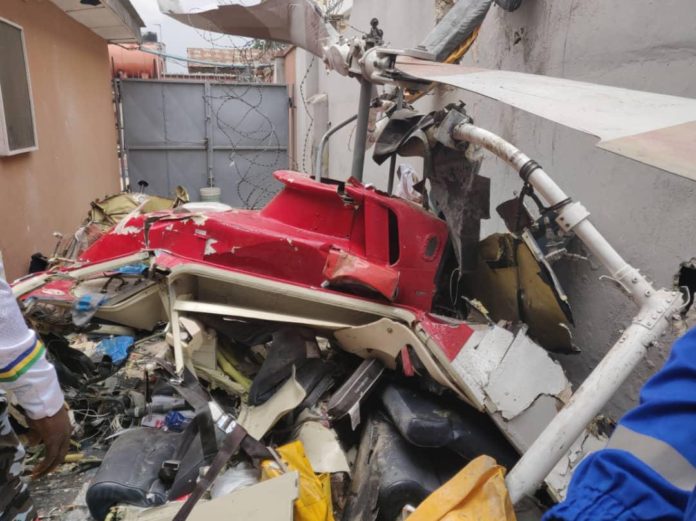 A helicopter crash has killed two people and critically injured one person in the Opebi area of Lagos State on Friday, according to a state official.

The helicopter crashed at 16A Salvation, Opebi Road in  Ikeja, Lagos.

It is unclear where the helicopter was heading to, but sources from the Federal Ministry of Aviation identified the aircraft as a bird 206 owned by Chrome Aviation, Channels TV reported.

According to the Chief Press Secretary to Governor Babajide Sanwo-Olu, Gboyega Akosile, the injured victim has been taken to the hospital, while the dead bodies have been deposited at the mortuary.

Emergency services from the Lagos State Emergency Management Agency, the traffic management agency, and other sister agencies have been mobilised to the scene

Tunji Oketunmbi, the spokesperson of the Accident Investigation Bureau (AIB) had earlier confirmed the incident.

Why I will never support, campaign or vote for APC, PDP...