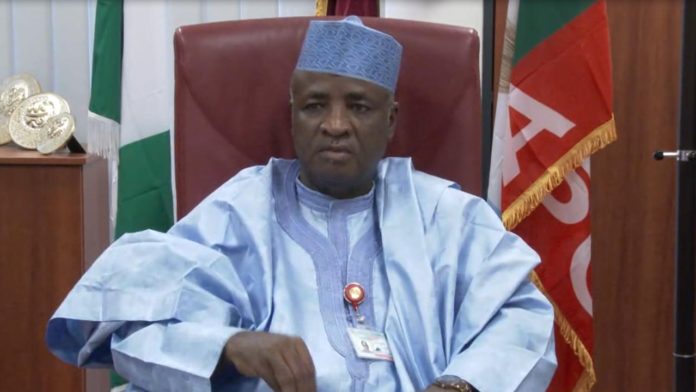 By Our Special Correspondent in Sokoto

The Chairman of the Senate Committee on Defence and Deputy Chairman,  Senate Committee on Anti Corruption,  Senator Aliyu Magatakarda Wamakko, has donated a 300KVA Electricity Transformer to some communities domiciled in Kware Town, Headquarters of Kware Local Government of Sokoto State.

The benefiting communities of the benevolent gesture of the forner Governor of Sokoto State include:  Kofar Yamma, Fegi, Tarawa and Gandu, a statement signed on Monday by Bashir Rabe Mani, Senior Special Assistant (SSA), Media and Publicity, to Senator Aliyu Magatakarda Wamakko said.

The communities had suffered electricity black out for nearly two years, sequel to the break down of the transformer serving their areas, hitherto.

The obnoxious situation had brought untold hardship to the affected residents, with their myriad of socioeconomic activities completely paralyzed.

According to the arrowhead for the search for the new Transformer, former member of the Sokoto State House of Assembly, who represented Kware Constituency, Hon. Kabiru Ibrahim Kware, they decided to solicit for the donation of the transformer from Senator Wamakko, saying they had waited for the concerned State  Government Authorities to come to their aid, but to no avail.

Hon. Kabiru Kware exclaimed :”We are extremely elated and appreciative to Senator Wamakko, as with his magnanimity, we have heaved a sigh of relief.

“Consequently, our lives will now bounce back and socioeconomic activities will again spring up, hence, alleviate the suffering of the resident.

“We have nothing to say or do than sincerely commend Senator Wamakko for his milk of human kindness towards us and fervently pray to the Almighty Allah reward him abundantly.”

It would be recalled that, Wamakko, who represents Sokoto North Senatorial District had extended similar gestures to several communities across the state, with the donation of no fewer than five of such transformers .