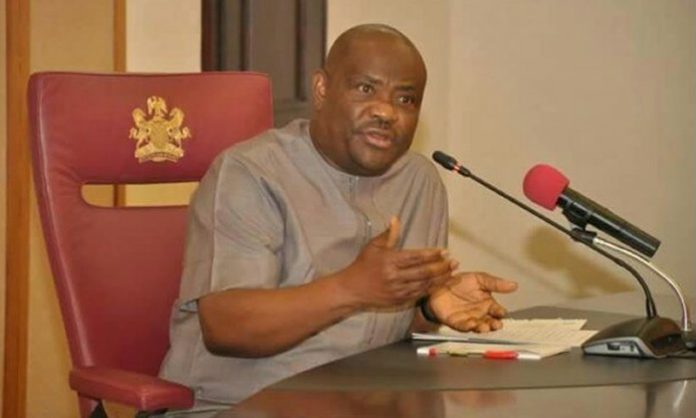 Rivers State Governor, Nyesom Wike, has said he would not dump the People’s Democratic Party ( PDP) for any reason, but would sustain the fight against injustice going on in the party.

Governor Wike reiterated that he would remain in the PDP and fight for the enthronement of unity, inclusivity, equity and peace in the PDP.

The governor said he is a man of character, unlike those who could not keep their words and walked out of the party at the Eagle Square in Abuja in 2014.

“One thing I have always told people is if anybody is thinking, doing anything to think that we will leave PDP, foul. We will do the fight in the party. We are not like them, when in 2014 they walked out from Eagle Square. They’ve forgot. They walked out and joined APC. Is it not correct?

“ Did they remain to fight inside the party? But we remained, they ran away. Now, there is a fight in the party, we will not run. We will fight it in this party. Those who run away from fight are weak people. We will not. So everybody should know this is the state where we are. So that nobody tells you all kind of stories.”

The governor Wike insisted that the constitution of the party clearly stated that elective and party offices must be zoned which, should be respected.

Court restrains Secondus from parading self as National Chairman, member of...