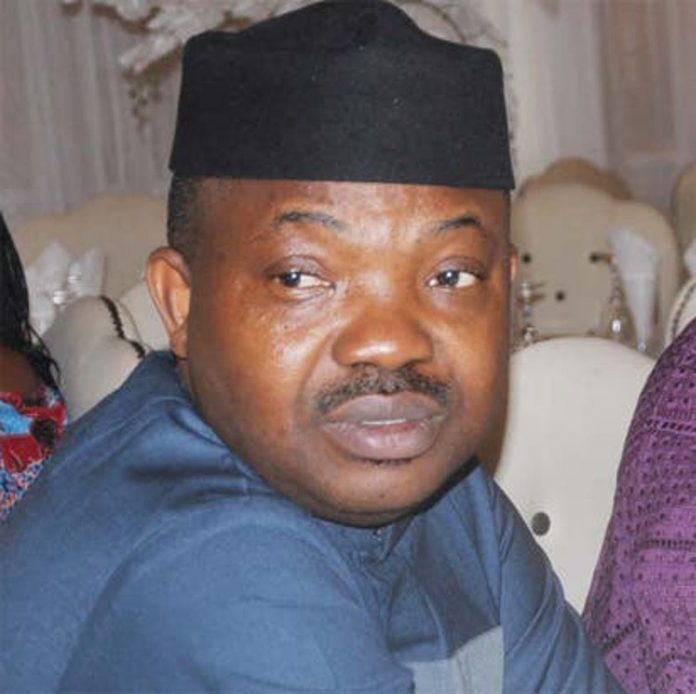 With the demise of Yinka Odumakin, Nigeria lost one of her most courageous and patriotic citizens, and the Yoruba nation lost an illustrious son. Yinka was one of the legends of the pro-democracy struggles, known for speaking truth to power and championing the cause of justice and fairness – he remained consistent through many decades of activism till his demise.

Injustice in our society transcends the contradictions between where we should be as a country and the daily experiences of the average Nigerian and encompasses fundamental deficits in our political economy. Yinka’s belief in justice as a primary condition for ensuring peace inspired his participation in the struggle against military rule and towards the restoration of the annulled June 12 presidential mandate. He was a fearless and dogged fighter, whose activism dates to our alma mater, the University of Ife (now Obafemi Awolowo University), where he served as the Public Relations Officer of the Students’ Union Government.

For many of us that were involved in the historic pro-democracy movement that birthed Nigeria’s fourth republic, we all remember Yinka as the stormy petrel of the National Democratic Coalition (NADECO) who was never afraid to speak truth to power during the dark and dangerous days of authoritarian rule – and he paid dearly for it. Yinka was arrested, brutalized, and held in detention at the dreaded Alagbon alongside other pro-democracy activists for their anti-establishment confrontations.

With the return of civilian rule in 1999, Yinka understood that we had only arrived at a milestone on a journey – the journey of democratizing the Nigerian polity which is still in progress even to this day. He quickly located himself in the new order, choosing to position himself as a public critic and activist for a Nigeria that truly embraces democracy, fairness, equity, and justice. For him, issues of injustice were bound up with deep-seated flaws in the structure of the Nigerian state with its over-centralization and unitary governance which has seized the developmental initiative from Nigeria’s constituent communities and crippled them by rendering them dependent on federal hand-outs.

See also  Adesina and some lessons from home -By Dare Babarinsa

He found the right channels and platforms to give expression to his agitations – a paradox of sorts continuing his fight for democracy and justice with a democratically elected government in place. But that was quintessential Yinka who never feared to go against conventional wisdom, choosing to continue the struggle from the margins even when he had the opportunity to get into public office. He went on to earn for himself the reputation of being one of the most irrepressible voices of conscience and reason, who spoke timely, boldly, and thoughtfully on important national issues.

When I took to politics and public office, our relationship expectedly evolved from being close comrades at the barricades, to what would appear as adversaries on opposing sides. While we had chosen different means to advance our common objectives of a just and equitable Nigeria, Yinka and I were able to compartmentalize our relationship to ensure his acerbic positions sometimes directed at me personally, did not affect our relationship. I happily bore the brunt of his ‘attacks’ because I knew it came from a good place – a heart that loved Nigeria and the Yoruba nation.

On one occasion in 2019, Yinka speaking on behalf of the Pan-Yoruba socio-cultural group, Afenifere, of which he was spokesman, berated me for my admonitions that proponents of restructuring in the South-West should interface with other zones to actualize their mission. Yinka accused me of mischief “in making such revisionism”. In his statement, he lambasted me saying: “We would ordinarily have ignored such an unkind cut if it had come from any ignorant fellow. But His Excellency cannot be counted among the ignorant and could only have been mischievous in making such revisionism.” We fellowshipped together in Ekiti many times after that statement including when he was a guest at a birthday reception held in my honour a few months after.

Yinka devoted his days to the pursuit of the interest of the Yoruba people within the context of a united Nigeria practicing true and functional federalism. Though he was also concerned about wider national developmental issues, he was more fanatical about matters that concerned the Yorubas. The clarity of his vision for Nigeria was infectious and he never wavered in his belief that regional autonomy was the solution to the perennial crisis of instability in Nigeria. Until his death, he was the national publicity secretary of Afenifere, a Pan-Yoruba socio-cultural group. Afenifere bequeathed to succeeding generations the tradition they equally inherited from their forebears – our characteristic tendency to work together as one in the pursuit of a common cause, regardless of our differing backgrounds.

Yinka’s death leaves us with a formidable legacy. A legacy of speaking truth to power, a legacy of promoting fundamental human rights, a legacy of promoting a restructured, truly Federal Nigeria based on a people-driven constitutional order and an electoral frame that places premium on the citizens, not the imposed opinions of a few. During our last encounter, when he visited me at my official residence in Ado Ekiti, he expressed admiration for our determination to keep fighting the cause of social justice and true federalism from the inside, as complementary to the efforts of people like him who stayed at the barricades. He argued why we should never contemplate giving the struggle up no matter how tortuous and long the journey might appear.

Reflecting on the passing of this remarkable Nigerian, I am struck by the transience of earthly greatness. But we are consoled by the fact that he lived a good life. It is worth scanning the horizons today for their heirs. We must continue to invest in the next generation to emulate the pristine values of character, commitment and integrity promoted by the vanishing tribe of freedom fighters. We need to light more candles for a genuinely democratic, free, and just Nigeria and carry the light forward into all the dark recesses in our land so that pantheons of the struggle like Yinka that are no longer with us, can truly rest in peace.

I didn’t instruct anyone, agency to probe Akpabio…Omo-Agege

AbdulRazaq and 365 days of impactful governance in Kwara – By...