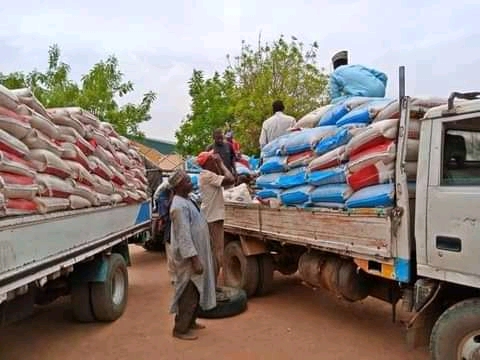 The warning is sequel to the flag off of the distribution of Ramadan welfare package worth N2.9billion grains to the citizenry on Sunday in Gusau.

The Chairman of the main committee, Hon. Nasiru Muazu Magarya, who is also the Speaker of the state House of Assembly gave the warning during the distribution of the grains to local government chairmen.

He warned strongly against diversion of the items, saying “those found wanting may risk jail term”.

According to Magarya, Governor Bello Matawalle has purchased 450 trucks of foodstuffs and essential commodities worth 2.9 billion naira for distribution to the public as Ramadan welfare packages for the vulnerable, less privileged, internally displaced persons, civil servants and other members of the public.

He noted that the welfare packages will help in reducing the hardship being faced by people, adding that it will enable them to observe the Ramadan fast with relative ease and happiness.

Buhari to US: Relocate AFRICOM’s headquartres to Africa