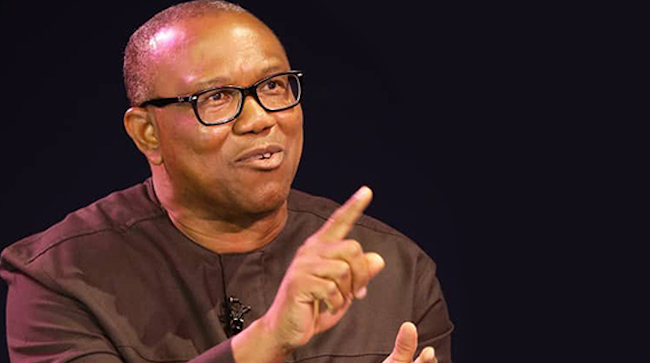 Coalition of Fulbe Professionals in Africa (COFPIA) has distanced itself from a statement by the National Secretary of Miyetti Allah Kautal Hore, Alhassan Salah, against the candidature of the presidential candidate of Labour Party (LP), Peter Obi.

The Fulani professional group enjoined Nigerians to disregard any statement from Miyetti Allah, saying the group does not represent or speak for the Fulani ethnic group in any way.

Recall, Salah had, in an interview with a national newspaper, said the Fulani would not support the candidature of Obi, describing the candidate as a tribal bigot and someone who hates the North.

He claimed that when Obi was the governor of Anambra State, he destroyed the businesses of Northerners and chased Hausa and Fulani people away from the state.

While acknowledging Miyetti Allah’s right to freedom of expression, it COFPIA reminded them that they don’t have the right to speak for the entire Fulani in Nigeria, especially when they have not lived up to expectations.

To this effect, COFPIA said Fulbe people all over Nigeria would not be bound by that politically-sponsored statement of Miyetti Allah.

“Our attention has been drawn to a sectional, unpatriotic, ungodly and senseless statement credited to one of our brothers, Alhaji Hassan Saleh, the National Secretary of Miyetti Allah Kautal Hore, the most controversial Fulani group in Nigeria, which, no doubt, is responsible for the bad name Fulani nation has been branded with in Nigeria.”

“The Fulani are wise now and cannot be used as tools of extortion and religious sentiment anymore. We will enlighten our people to vote for competence and capacity come 2023. We will never vote for any candidate, who has nothing to offer. We have gone far beyond religious and ethnic sentiments,” the group stated.

Calling on Miyetti Allah to speak only for itself, rather than misleading Nigerians that they were speaking for the Fulani, COFPIA added: “They lack the moral, spiritual and religious rights to speak for the entire Fulani people in Nigeria, especially when they have reduced themselves to tribal bigots that have no regard for other tribes and faiths.

CAN To Buhari: Suspend Implementation of CAMA