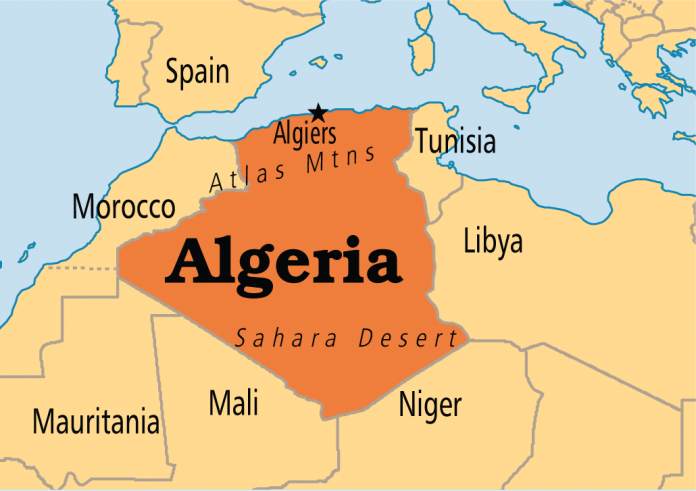 Thousands of Algerians defied the threat of coronavirus on Friday to march against the ruling elite, keeping up a campaign of weekly protests that have lasted for more than a year and convulsed national politics, Reuters report.

Algeria has confirmed 26 cases of the coronavirus and two deaths, and the prime minister this week urged citizens to reduce their demands on the government and lessen their street presence in view of the risks to public health.

In downtown Algiers, police wore face masks and a group of youngsters sold protective gear and liquid soap along with national flags, which many protesters have waved during demonstrations.

“It is against coronavirus,” said 25-year-old protester Ahmed Saci as he bought soap.

Those who marched on Friday said they remained committed to keeping their protest movement – known as Hirak, or ‘movement’ – in force until they achieve their demand of pushing the old ruling elite from power.

“I will continue. I will never stop until the system is defeated,” said Slimani Aissi, 22, on Didouche Mourad Boulevard in the city center.

However, the threat from the coronavirus persuaded some protesters to desist for now.

“Hirak as it is now does not comply with health measures to fight coronavirus… I suggest postponing it temporarily,” said Liess Merabet, a doctor and the leader of a labor union.

The government, which has publicly praised Hirak while using police tactics and arrests to put protesters under pressure, has banned spectators from sports events and closed schools and universities.

This week it also barred political and social gatherings, but it did not specify whether this measure would apply to the weekly mass protests.

PASAN condemns attempt to proscribe it by Management of NILDS