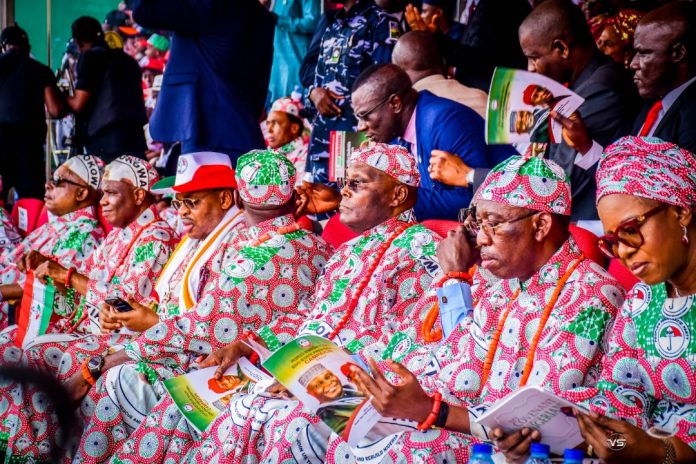 The Presidential candidate of the Peoples Democratic Party (PDP), Atiku Abubakar on Saturday said Nigeria’s unity will be his number one priority if given the opportunity to lead the country in 2023.

Atiku spoke on Saturday at the PDP presidential campaign rally in Edo State.

He also made a strong case for state policing as an antidote to the current security challenges across the country.

Also present at the rally, which held inside the Samuel Ogbemudia stadium in Benin-city, were the Vice Presidential candidate of the PDP, Ifeanyi Okowa, Edo State Governor, Godwin Obaseki, PDP National Chairman, Iyorchia Ayu, among others.

COVID-19 vaccination: We must rally behind government to fight unseen enemy...