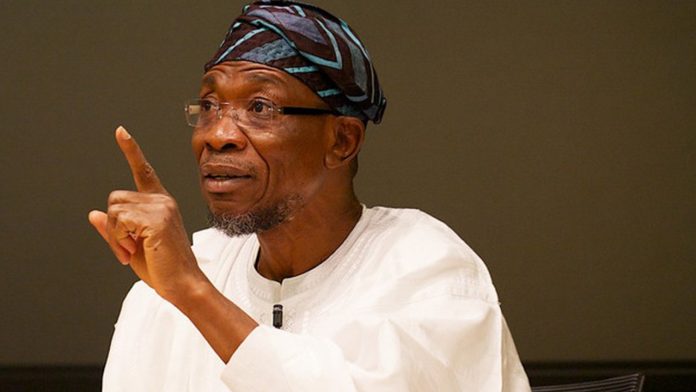 Foreigners with valid visitors pass or resident permit with confirmed return tickets scheduled to travel out would be issued the relevant government extensions at no cost, the Federal Government has declared.

The extension is to enable the beneficiaries reschedule their flights and travel within one week whenever the restriction on travel is suspended.

Many foreigners are stranded owing to the closure of the international airports and land borders by the FG to curb the spread of coronavirus.

The development made many foreign embassies in the country, including the United States Mission, British High Commission and others, demand government permission to airlift their nationals through special evacuation flights.

But the Nigeria Immigration Service explained in a statement in Abuja on Wednesday that the Minister of Interior, Ogbeni Rauf Aregbesola, had approved the order in respect of the aliens affected by the embargo on international travels vide a letter with reference MI/PM/16012/S.266/V.II, dated April 6.

The statement by the NIS spokesman, Sunday James, said: “In the light of the above, all visitors and migrants holding valid visitors pass or resident permit with confirmed return tickets scheduled to travel out within the period of the international travel restriction, are to be issued with relevant extensions at no cost to enable the beneficiaries to reschedule their flights and travel within one week whenever the embargo is suspended by the Federal Government.”

However foreigners whose permits pass expired before the restriction order must pay for overstay for the period and the penalty it attracts.

“Furthermore, anyone that overstays beyond the waiver period whenever the restriction is lifted by the Federal Government is to promptly comply by paying for overstay,” it added

Rape: Reps vote against castration as punishment for offenders

NCC Committed to Facilitating Growth of e-Government, others –Danbatta