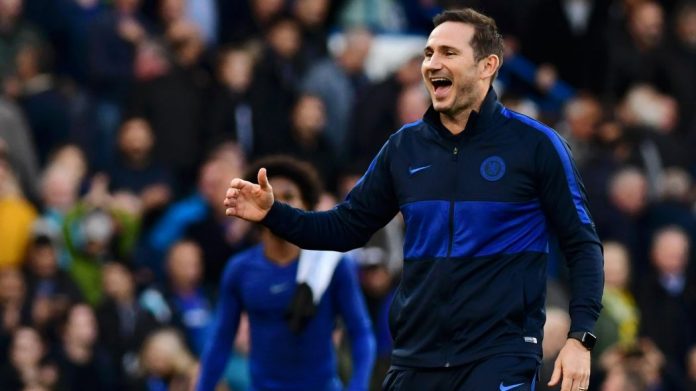 Following the dropping of world’s most expensive goalkeeper, Kepa Arrizabalaga, in recent weeks, Chelsea manager Frank Lampard said on Monday that he would reassess his goalkeeping options at the end of the season.

The Spanish international has fallen behind 38-year-old Willy Caballero after a series of poor performances in his second season after a £72 million move from Athletic Bilbao.

“Of course in the summer then we look at the group as a whole and think how can we improve but there are no decisions or thoughts beyond the game tomorrow night as far as I’m concerned,” Lampard said ahead of Tuesday’s FA Cup tie against Liverpool.

Kepa could return to face the runaway Premier League leaders at Stamford Bridge and Lampard praised his response to being dropped for the past five games.

“He’s been professional as expected and has trained well, kept his head down, supported the team, and the group,” added Lampard.

“Every player is in control of their destiny in terms of how they train and how they play.

“This is Chelsea and we’re trying to close the gap to the top, so there can be no one that can be relaxed or loose, we have to push every day.”

Alleged $9.8m fraud: You can’t question me on case not before...

20 Years of Digital Revolution: NCC Rakes in More Awards for...