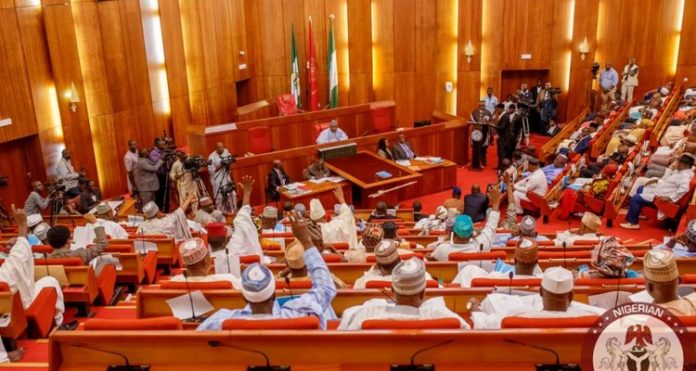 The Senate Committee on Basic Education on Monday lauded the registrar of Joint Admission and Matriculation Board (JAMB), Professor Ishaq Oloyede on the encouraging remittance to the federation account by JAMB.

The Committee however urged the Board to increase it’s Corporate Social Responsibility from the current level.

Senator Ibrahim Yahaya Oloriegbe (Kwara central APC) made the call during the 2021 budget defence for JAMB.

Oloriegbe maitained that while other government agencies virtually spent their meagre internally generated revenue, JAMB has posted 40 percent surplus instead of 25 percent, stressing that it should increase it’s social responsibility.

The Committee also enjoined the Board to involve it in supervision of JAMB activities.

In a separate remark, chairman of the committee, Senator Akon Eyakenyi (Akwa Ibom south) enjoined other agencies of government to  emulate the Joint Admissions and Matriculation Boards in revenue generation and remittance.

“JAMB has demonstrated transparency and excellence in public service by exceeding its revenue target” She said.

Speaking with journalists shortly after the budget defence, Oloyede said “the National Assembly through the committee has encouraged my colleagues who are doing the work.

“It is not for me, because I’m just one person out of over two thousand. I believe my colleagues and I are encouraged by the compliments of the committee and we will continue to do better” Oloyede added.

Buhari to participate in investment summit in Saudi Arabia

World NTD Day: 4 million at risk of Elephantiasis in Zamfara...